I wouldn’t say that I follow or have ever been much of a fan of the world of professional wrestling (at least since I was 13 or so). I also wouldn’t say I’m much of a fan of David Arquette outside of his work in the Scream movies. However, I am supremely interested in subculture and outsiders interacting with and inside subculture. The fact that the outsider here is a struggling, depressive, alcoholic, former A-List actor once married to one of the highest paid TV actors in the world makes for a pretty compelling 90 minute documentary. For a little background, in 2000 David Arquette was promoting his new comedy movie Ready to Rumble. It was a goofy buddy comedy box office flop that took place inside the world of the WCW (World Championship Wrestling), one of the pinnacle leagues of the professional wrestling world. One of many things that the creatives working with professional wrestling leagues do well is promotion. The hype machine is one of the driving forces of their matches, shows, pay-per-view events, merchandising, all of it. In this case they had a very willing and eager participant in David Arquette, a lifelong wrestling fan. He agreed to play an alternative version of himself as a bit of a heel to promote the movie and wrestle in the ring. Professional wrestling is no stranger to gimmicks like this, but there is an unwritten rule that shouldn’t be broken. The championship belt should not be given to a non-wrestler. However, in 2000, head WCW writer Vince Russo wrote in the storyline that David Arquette would win the championship belt, then all hell broke loose. Fans and professional wrestlers alike were not happy that their beloved sport would dishonor the championship belt by giving it to a non-wrestling elite Hollywood actor. It felt like a slap in the face to all the hardworking wrestling stiffs who had given their lives to this way of life. And unfortunately for Arquette, it also killed the momentum of his career as a serious actor because no one in Hollywood was taking him seriously anymore and he’d been typecast as a goofball.

The documentary, YOU CANNOT KILL DAVID ARQUETTE, showing at Fantasia Fest 2020, picks up somewhere around 2018 or so, and over the 90 minute runtime we get to see quite a lot of his personal life. After his divorce from Courtney Cox in 2013, with whom he has one daughter, he married Entertainment Tonight correspondent, Christina McLarty, with whom he has two more children. Cox, McLarty, and his daughter Coco are all featured, particularly McLarty, who gives insight into the troubles Arquette has had with depression, anxiety, and addiction. Also interviewed are Arquette’s siblings, actors Patricia and Rosanna. There is a lot of raw emotion on display from Arquette here. He does seem to be pulling back the veil from his private life and giving people an honest look at himself. In one upsetting scene he is shown having a bad reaction to a doctor supervised ketamine treatment for his depression and the doctor showing his brain scans while explaining that Arquette’s brain “is not connected in a typical way”. Arquette speaks about not being able to get any meaningful acting jobs for over 10 years and how debilitating that is to his ego, but he keeps trying. But what seems to really gnaw at him the worst is the disrespect and outrage from wrestling fans he has endured for nearly two decades. He sees an opportunity to understand the culture of wrestling from the inside and become a part of it in the right way, in an attempt to earn respect.

The first act of the film serves to give us a peek into the life of Arquette and cast him up as a sympathetic character. I think it succeeds as much as you can here considering his stature and financial comfort is beyond what most people enjoy, including wrestling fans. But he comes across more pathetic than sympathetic at times as well as self-pitying. In the second act, Arquette is looking to engage and identify with the culture of the wrestling community in order to gain respect for what they do and hopefully earn it in return. At first it seems that Arquette simply wants to participate in promotional events, autograph signings, but no one is all that interested in him. Most of the other wrestlers and vendors he encounters still have a large amount of distaste for what he once represented in the sport that they love. It’s not until Arquette is invited by an independent wrestler Rick Kelly, who evokes Napoleon Dynamite’s Uncle Rico, to a backyard wrestling event that he gets his first true understanding of the passionate people working in this world. From here he decides he needs to get proper training so he travels to Mexico to learn under the tutelage of some lucha libre legends. There is a very funny scene of Arquette working as a street wrestler and panhandling, earning some respect from the wrestlers working this hustle.

At times the documentary feels a bit like a self promotional reel tape, masquerading as a truth seeking documentary, with a few Jackass skits mixed in. It’s difficult to get a sense of the full rigors of Arquette’s training, but it’s clear that he is taking this seriously and it becomes his life. He loses 50 pounds of weight, quits smoking and drinking, and starts to live the life of an independent wrestler. He ends up doing the unthinkable, which is to earn the respect of the wrestling fan community. And he also nearly dies in what could have turned out as an actual death match. It’s in this moment that my respect for Arquette soars, and I imagine wrestling fans would agree. It’s the apex moment where his professionalism, passion, and desire for respect, come through loud and clear.

A lot is packed into this 90 minutes. It’s packaged as a comeback vehicle for Arquette more than a documentary study, but a lot still comes through, and frankly, whatever Arquette wants to achieve with this documentary feels earned. He comes across as sincere and hardworking, with a lot of personal demons, so basically, human. It also serves as a “microcosm of wrestling” as one backyard wrestler put it. Nothing is easy in this racket and respect is not given, it is earned. There are also good moments of reflective thought about the nature of the business of wrestling and fandom from wrestlers Diamond Dallas Page and RJ City, who both go out of their way to help Arquette in his quest for perspective and respect. While Page recognized in 2000 and tried to warn Arquette away from accepting the championship belt, he asked who among wrestling fans would have turned down that opportunity? And RJ City finds it bordering on ridiculous that Arquette would be trolled and ridiculed like he was. It was business, plain and simple, and at that level of wrestling, business is first. 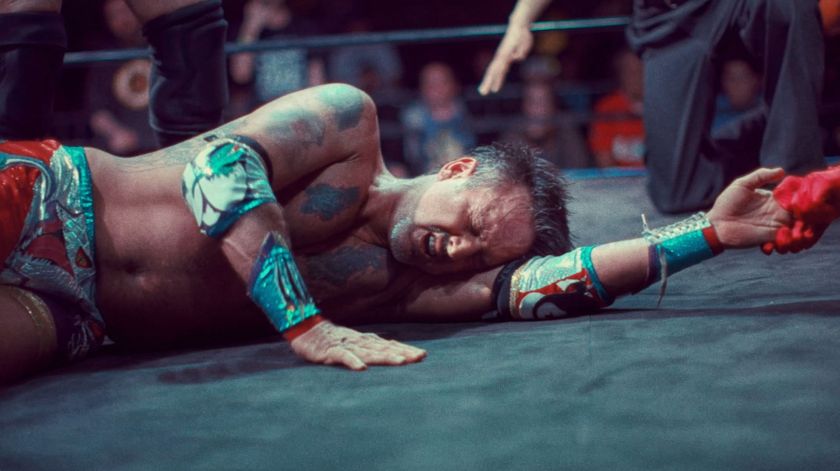 In summary, I think everyone gets what they want from this. Wrestlers and wrestling fans get a positive legitimizing light shone on the rigors of their sport, which Arquette goes out of his way to declare as not fake and an actual sport. Viewers get a fascinating look into the subculture of professional wrestling at multiple levels and cultures. And Arquette re-introduces himself to the world while also legitimizing himself as a real working wrestler gaining the respect of those who denounced him. Whether this will result in more acting work for him remains to be seen, but I hope so. Arquette is now in his late 40’s and seems primed for a mid-life career resurgence. I’ll be rooting for him ringside. 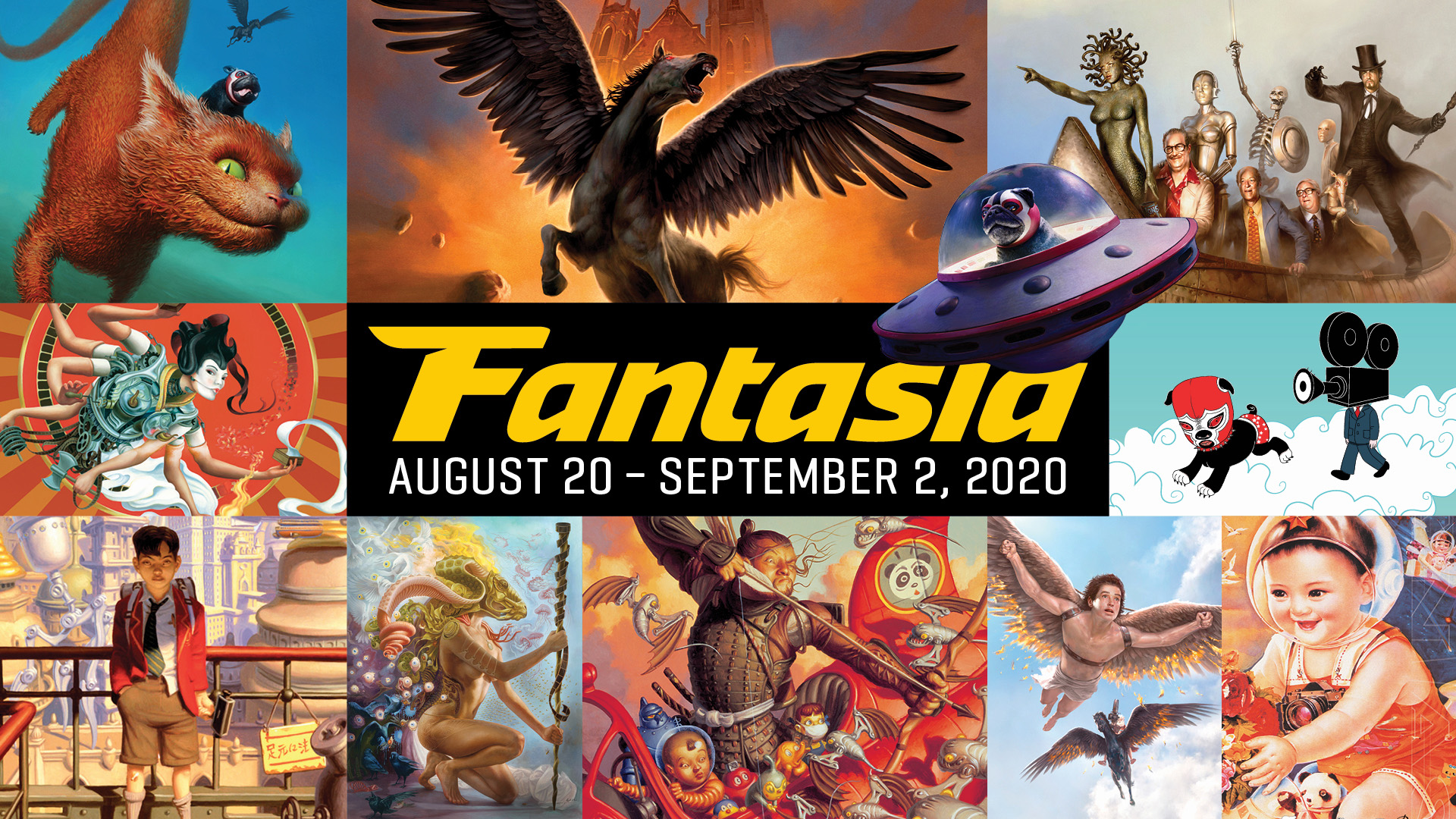