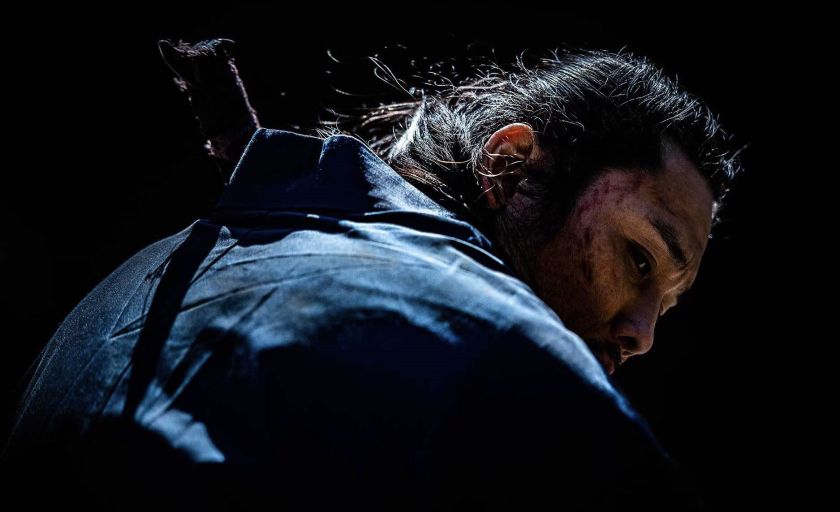 There is something seductive about the “one-take” shot that thrills moviegoers and challenges filmmakers. Maybe it’s the marriage between the aesthetic momentum of a seemingly never-ending camera shot and the technical marvel of the craftspeople involved that makes it irresistible. In his Masterclass, David Lynch said that he is not a fan of putting rules on film-making, but when you introduce certain restrictions it can elevate your art. He was speaking of his short film, PREMONITIONS FOLLOWING AN EVIL DEED, made for the Lumiere and Company film project. In this project, the commissioned filmmakers were to make a short film using the original Cinematographe camera and within the same confines of the working conditions the Lumiere Brothers would have restricted them in 1895. The finished film could be no longer than 52 seconds long, no synchronized sound, and no more than three takes. Lynch’s offering is one of the greatest achievements of his film career.

Putting restrictions on himself, Alfred Hitchcock famously invented several film devices like color-matching when he crafted his 1948 masterpiece ROPE stitching together 10 seamless shots to appear as one long continuous shot. The reason he had to stitch them together through creative editing was a matter of necessity due to film stock at the time being incapable of no more than 10 minutes of film per roll. Modern advances have allowed the capacity to shoot entire films in one take and many fine examples exist such as Mike Figgis’ TIME CODE (actually 4 one-take films in 1), Alexander Sokurov’s masterful RUSSIAN ARK, and Sebastian Schipper’s VICTORIA. Other, more acclaimed films like ROPE, have edited the narrative film to appear as one-shot while deftly hiding the cuts. Prime examples are Gaspar Noe’s IRREVERSIBLE and ENTER THE VOID, Sam Mendes’ 1917, and the Best Picture winner, BIRDMAN, from Alejandro G. Iñárritu. The concept has also been parodied to perfection in the playful ONE CUT OF THE DEAD by director Shinichiro Ueda, also the director of Fantasia 2020 selection SPECIAL ACTORS.

The one-take films work best when the narrative becomes more compelling than the gimmick, like BIRDMAN, or the technical marvel of the gimmick is so powerful you find yourself following the camera and get lost in the craft, like RUSSIAN ARK. Sometimes you miraculously get both and I would point to VICTORIA and 1917 as prime examples. Sometimes, the gimmick gets in the way, which brings me to director Yuji Shimomura’s CRAZY SAMURAI MUSASHI. The movie tells the tale of Japan’s most famous swordsman, Miyamoto Musashi, who was undefeated in at least 60 duels over his violent life. The character was made famous in the modern film era by Toshiro Mifune in the SAMURAI trilogy. The title character is played here by the Japanese action mega-star Tak Sakaguchi.

The film is booked-ended by two conventionally shot and edited scenes but the meat of the movie is a one-take 77 minute battle between Musashi and over 500 swordsmen. On paper that sounds incredibly thrilling, but it only takes about 15 minutes before that paper starts to wear thin. The first problem is a lack of interest in Musashi as a character. Perhaps his legend is supposed to stand on its own here, but he introduces himself by jumping down from a tree, swinging his sword, killing a butterfly, an adorably innocent little Japanese boy, then an old man. I’m not too thrilled to root for him at this point. What’s next is over an hour of heavily choreographed stage fighting where swordsmen attack one at a time in grossly disadvantageous stances only to be easily dispatched by Musashi. They fight timidly and without strategy never counting on the sheer power of their numbers which could easily overwhelm their singular adversary. For a movie that is nothing but action and sword play, I found myself getting very disengaged and I was only 20 minutes in. What I started looking for and investing in was anything but the action. I was realizing that for a guy who is killing other samurai at a rate of 8 a minute, there are very few bodies on the ground. In fact, I started noticing them stumble away and onto the ground, but then get up and circle out of frame. They would then re-insert themselves as more fodder for Musashi’s blade.This makes it impossible to soak the cast in blood, so other than some digital blood effects added each time Musashi’s blade makes contact with a rival swordsman, it’s a rather bloodless affair and it feels all the more staged.

There are a few positives that I felt could have been played up more to serve the story. Musashi finds himself on several breaks in the action which he uses to hydrate, rest, and clean his sword. It’s in these quieter moments that you realize the sheer physical achievement of Tak Sakaguchi here. The requisite cardio endurance of acting in this film is staggering. It’s in these planned moments that Sakaguchi needs the rest as much if not more than Musashi. I just wish that these moments were more contemplative than simple observations at the sheer number of his foe to vanquish. There is no real exploration of his motives or mediation on his extravagant taking of human life. There are also a couple of scenes where the camera moves away from Musashi and to some of the other samurai in the clan, giving you a sense of their fear, displeasure in the leadership of the clan, and other workplace disputes. More scenes like this could have broken up the monotony of constant sword swinging and given real life to the story. 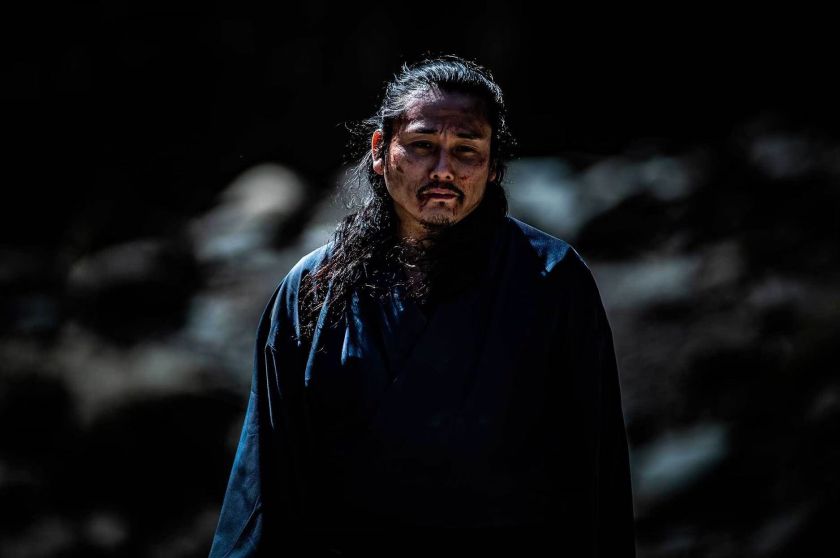 In the end, I admire the will of director Shimomura and actor Sakaguchi to bring this concept to life. I have heard it was a troubled production and took over 5 year to make. That type of dedication to craft and film-making should always garner respect. But in the end, I wish the result were something more engaging than merely watching to see if Sakaguchi ever drops his sword by accident (he doesn’t!) or more elevated than a mere curiosity destined to play on background TVs at trendy big city ramen joints.