WHY DON’T YOU JUST DIE, the feature debut from Russian filmmaker Kirill Sokolov, made quite the impression on the festival trail over the past 18 months or so and it’s easy to understand why. It’s a blood soaked, gory affair that both revels in and disgusts with its over-the-top violence. It’s a simple story that slowly reveals itself as each new character is introduced after dropping you into the initially disorienting action. In almost every way the film is a love letter to the violent, pulp thrillers of the mid and late 1990’s seen mostly in the U.S. and U.K. To call WDYJD a mash-up of RESERVOIR DOGS and SHALLOW GRAVE would be equally reductive and accurate.

The film’s official synopsis is as follows:

Andrei, a detective and the world’s most horrible father, brings together a terrible group of people in his apartment: his resentful actress daughter, an angry thug, and a cheated cop. Each one of them has a reason to want revenge…

The story is structured similarly to RESERVOIR DOGS or PULP FICTION. You have a main through-line which takes place entirely inside the apartment shared by Adrei and his wife and then 3 other major players who enter the apartment at different times with different motives. Each new character is granted a back-story told in flashback that gives important information about their place in this devious scheme. The challenge here is finding something to like in many of these diabolical and tragic characters. Luckily the film title gives you a clue for who to root for as you gradually understand everyone’s motivations.

But while the story, structure, shocking violence, off-beat music cues, and character spotlights have all been seen before, the film never feels like a knock-off of Tarantino, Danny Boyle, Martin McDonagh, or Chan-wook Park, all influences that Sokolov wears proudly on both sleeves. It’s post, post modernist film-making and from one of the most unlikely of places, the Russian Federation. Sokolov is only 30 years old and these are the filmmakers whose output nurtured his love of movies. It only makes sense that he would emulate those influences. Sokolov himself is a fascinating story by education alone. He holds a master’s degree in the Physics and Technology of Nanostructures and has published multiple scientific articles. THEN, in 2013 he decided to quit physics and started studying film at the Advanced Courses for Scriptwriters and Film Directors which also counts in its alumni actor and director Alexander Kaidanovsky, the lead in Andrei Tarkovsy’s STALKER, and director Timur Bekmambetov who achieved crossover appeal in the U.S. with his films NIGHT WATCH, WANTED, and ABRAHAM LINCOLN: VAMPIRE HUNTER. So by 25 years of age Sokolov had three degrees and three short films under his belt. Then he made a feature motion picture before he turned 30. 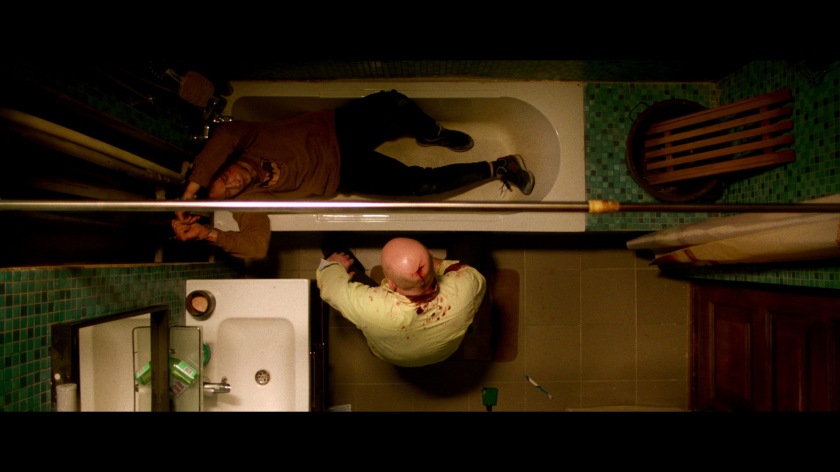 What makes WDYJD a success is that it’s just plain good fun to watch and no one else is making movies like this for Russian audiences. According to Sokolov, the violence of the film “is the result of reflection on the realities of life in Russia, modern relationships, and societal attitudes.” But he also wants you to laugh in the face of these realities. For a film so raucous and playful, it also seems very personal at times, like it was the culmination of years of hard work and catharsis for Sokolov. In fact, it might be the perfect dark humor for the masses right now considering the strange pandemic we are all living through, which incidentally is the reason WDYJD is available now via Digital HD and BluRay from Arrow Films instead of a planned theatrical run.

So while I wouldn’t rush to place Kirill Sokolov into the pantheon of great Russian filmmakers just yet, there is an incredible amount of realized and raw talent on display in WDYJD. This is a filmmaker who understands the mechanics of film-making and what makes a story cook. Time will only tell if he can find a voice and style that is more uniquely his rather than that of the contemporary filmmakers he so clearly admires. But in the meantime, saunter down into that couch cushion, kick up your sheltering in place heels and let yourself be transported back to the simpler time of 1995 when movies were embracing pulp and violence as pure escapism. In short, have fun and enjoy a bloody good time.