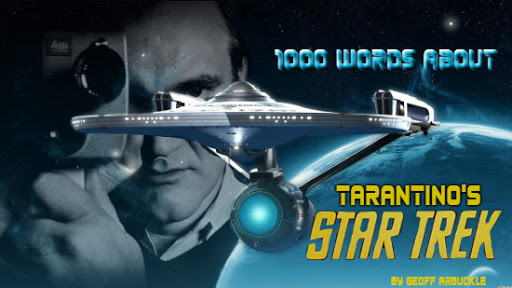 Call me kooky, but I don’t understand what is going on over there at Paramount and the Star Trek offices.

I mean it…  I have no fucking idea what’s going on over there. 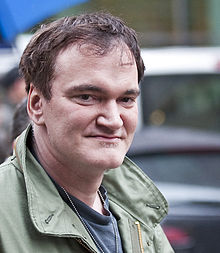 A couple weeks ago, it was revealed that there were plans put into place to have R-rated guru of the “N” word Quentin Tarantino helm a new Star Trek movie.  This was a move I thought strange.  I guess Tarantino mentioned in a 2015 interview at Nerdist that he’d rather do a Star Trek movie instead of a Star Wars movie.  He would basically say that there are several Original Series episodes that could certainly be expanded into a 90-minute format from their original 45-50 minutes.  One episode in particular he mentioned was the crown jewel of almost any Star Trek series, “The City on the Edge of Forever”.

I will return to that very particular episode in just a moment.

Sure, I think he’s, at least, got a point.  If you want to adapt an existing episode into a feature film, that’s a good one to consider.  There are several others that treatment could be done for across at least two, if not three or four of the Star Trek series.  Clearly, the man is a fan of Trek in some sense.  I’m sure he grew up watching it like most of us born anytime from the mid-50s to the late 70s.  I will never deny anyone’s fan status of anything.

Yet, it was the answer to a seemingly harmless question of what series he’d prefer to be given a chance to play around in that seemed to create unexpected consequences a couple years later.  Suddenly, a man who is best known for making modern day exploitation movies is now getting the keys to Paramount’s number one franchise and intellectual property.  The announcement that he pitched an idea to J.J. Abrams lit the science fiction and geek world on fire. 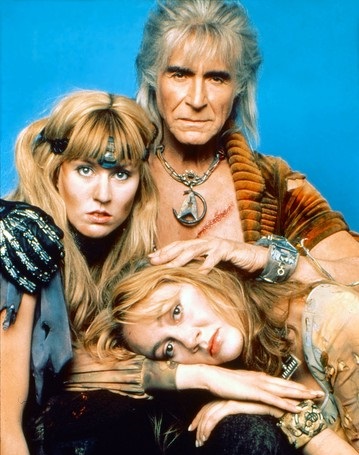 I guess, I dunno.  My balls were pretty inflamed over that world being maybe set on fire by the announcement.

I immediately started cracking jokes to Film Seizure co-host, and partner in crime, Jason Oliver over how I can now see the scene in Wrath of Khan between Kirk and Khan going more like this:

Khan: Gimme Genesis.
Kirk: Genesis?  What’s that?
Khan: SAY WHAT AGAIN, I DOUBLE DARE YOU MUTHERFUCKER!
(Kirk then does that really funny confused John Travolta thing like the memes that are just about everywhere.)

I had other jokes in there, but that was the best one.  The point is that when you have Tarantino doing something, you get a certain flavor of dialog, pacing, action, possibly gore.  You don’t get what J.J. Abrams gives you.  Abrams knows what sandbox he’s working in.  Steven Spielberg will build his own sandbox that brings with it a certain expectation that he understands the basic makeup of the sand inside the box.  Tarantino will drop an angry, screaming Samuel L. Jackson into that sandbox and, now, you have something that no longer looks like your sandbox.  You have a grimy, gritty, Tarantino box full of feet and exploitation of said feet – be it Bridget Fonda’s or Uma Thurman’s, it doesn’t matter. 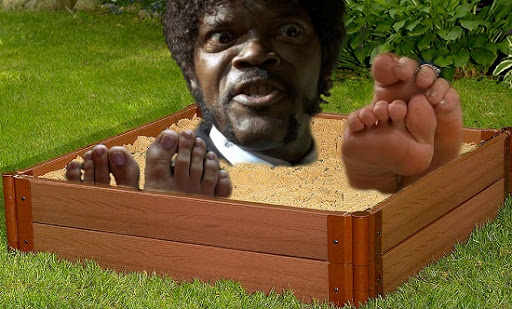 I kid… kinda.  That part about the feet is me kidding.  The rest of it, I’m being pretty goddamned serious about.  I believe I mentioned this before – true science fiction and fantasy should make you want to live in the world those stories take place.  Star Trek TV series have excelled at showing us a future that, while dangers exist, we should want to strive for and build.  The Orville currently does that better than what I have seen of Star Trek: Discovery (I admit that I only watched the first two episodes so far – I dug it, but it was a bleak universe).

Sci-Fi can certainly have lasers and alien monsters invading Earth and post-apocalyptic dystopias, but that’s never what Star Trek was about.  I do not trust that most of the Paramount understands that.  I do not trust that real Star Trek is what popcorn-munching, hot dog-belching moviegoers want to see on the big screen.  They want to see half the solar system blown up by the Klingons and Spock rage-punching people in a break-neck action sequence.

Considering Tarantino requires his film to be an R-rated Star Trek adventure, what does that mean?  It probably means more action, seeing someone’s brains spill out of their phasered head, more than just an occasional “shit”, “hell”, or “goddammit”, and probably everyone given an anti-hero slant.  Star Trek should be more about the crew of whichever ship we are following bringing the best of humanity to the stars.  Not being galactic bad asses hoppin’ the cosmos and collectin’ hit money and saying real cool things about pop culture while smokin’ cigarettes.

I am a guy who advises to divorce yourself from the fandom of something you love.  Keep your fanaticism personal and within a small group of people you trust and know.  That said, I realize I’m bitching about something that hasn’t even been written yet.  I can be pre-judgmental when I see something like this reported or see a bad trailer for a movie.  Yet, I can’t help but to think this is another colossal misstep for a film studio to make in the hopes of chasing whatever will make big bucks.  It’s clear the world isn’t really in a good place to deliver the Star Trek that is timeless and classic.  I would rather hire a filmmaker with more than just a great pitch, but great passion for the true spirit of what Kirk, Spock, Picard, Janeway, et al. set out onto the final frontier to accomplish.

I guess that’s too much to ask for. 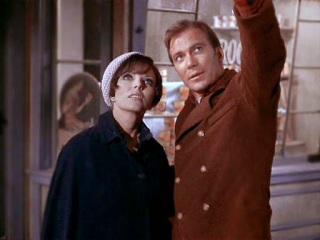 Oh…  About “City on the Edge of Forever”.  You know, the classic episode Tarantino mentioned in that interview?  It’s about Kirk, Spock, and McCoy traveling through a portal to Earth in 1930, where a beautiful, and wonderfully kind, woman named Edith Keeler runs a mission to help those most affected by the Great Depression.  Kirk falls in love with Edith, but Spock learns that their presence would prevent her death that was due to happen in that year.  Her survival leads to her heading a successful pacifist movement that prevents the United States from entering World War II which gives way to the Nazis developing the atom bomb first and winning the war.  Keeler does die right in front of Kirk leaving him utterly devastated that one of the few women he’s ever loved that deeply had to die to restore all of history.

Name anything that Tarantino has done that romantic, careful, and sincere.